The French-style IP box: reform of the tax regime on the proceeds from the sale or licensing of patents (Art. 14 of the FLP – new Article 238 of the CGI)

The reform of the French regime, which has become inevitable, will be implemented as part of the 2019 Finance Act. It will ensure that French tax rules are in line with OECD and EU initiatives, while maintaining the attractiveness of France as a place to invest.

The OECD’s final report on BEPS action 5 released on 5 October 2015 listed a number of intellectual property regimes that it considered did not comply with the agreed upon “modified nexus approach.” Under this approach, research and development (R&D) activities must be carried out in the country offering the preferential regime. There must be a direct link between the income benefiting from the preferential treatment in this country and the R&D expenditure incurred there and contributing to that income. In other words, the favorable tax treatment of IP income must be linked to the underlying R&D activities undertaken by the taxpayer in the country where it obtains preferential tax treatment.

Main measures of the reform

Currently, income and capital gains arising from patents (acquired or created) are taxed in France at a reduced corporate tax rate of 15% (the standard tax rate being 33.33% for 2018, to which specific levies are added), regardless of where the R&D expenditure is incurred (i.e. in France or abroad). The purpose of the draft finance bill is therefore to bring the patent box regime in line with the OECD’s “modified nexus approach”.

This draft finance bill, as resulting from the vote in first reading by the Senate, already clearly outlines the features of the new regime, subject to final adjustments on second reading. Thus, for financial years beginning on or after January 1, 2019:

Furthermore, the conditions for access to the preferential regime have been substantially modified. Thus:

In the company, the implementation of the new regime requires to develop a process (see below) by focusing particularly on the following aspects: 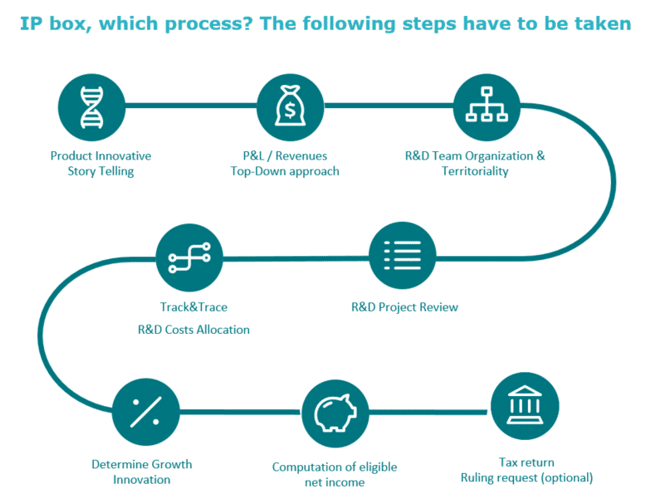 Considering what is at stake and the new obligations imposed by the reform, the possibility of an upfront ruling should be considered.

Exlusion of the parent/subsidiary regime for non-voting shares provided by article 145-6b ter codified now in article 145-6c of the French tax code: Claims to be filed now

Thomas Perrin, Partner, specializes in international tax. He has been involved in many transactions for international French and foreign groups. In 2004, he created the R&D department as well as […]

Jean-Charles is part of the Research & Development service line (GI3). After having assisted large international groups regarding various tax issues (M&A, Supply Chain, or operational tax), he has been […]