The decision of the Council of State on the Research Tax Credit (RTC) of accredited companies : the deduction of the sums received cannot generate a negative RTC !

As a reminder, the amounts received by private accredited research organizations as a result of the transactions eligible for the RTC are deducted from the basis of their tax credit calculation(article 244 quater B III of CGI). The legislature’s intent is to prevent the same R&D works from profiting twice from the RTC, on the one hand for the principal and on the other hand for the subcontractor.

The practicalities of applying this neutralization rule is a moot point.

A first method known as “per exclusion” is simply for the accredited subcontractor to exclude from its RTC base all projects carried out on behalf of contractors submitted to the corporate income tax in France. 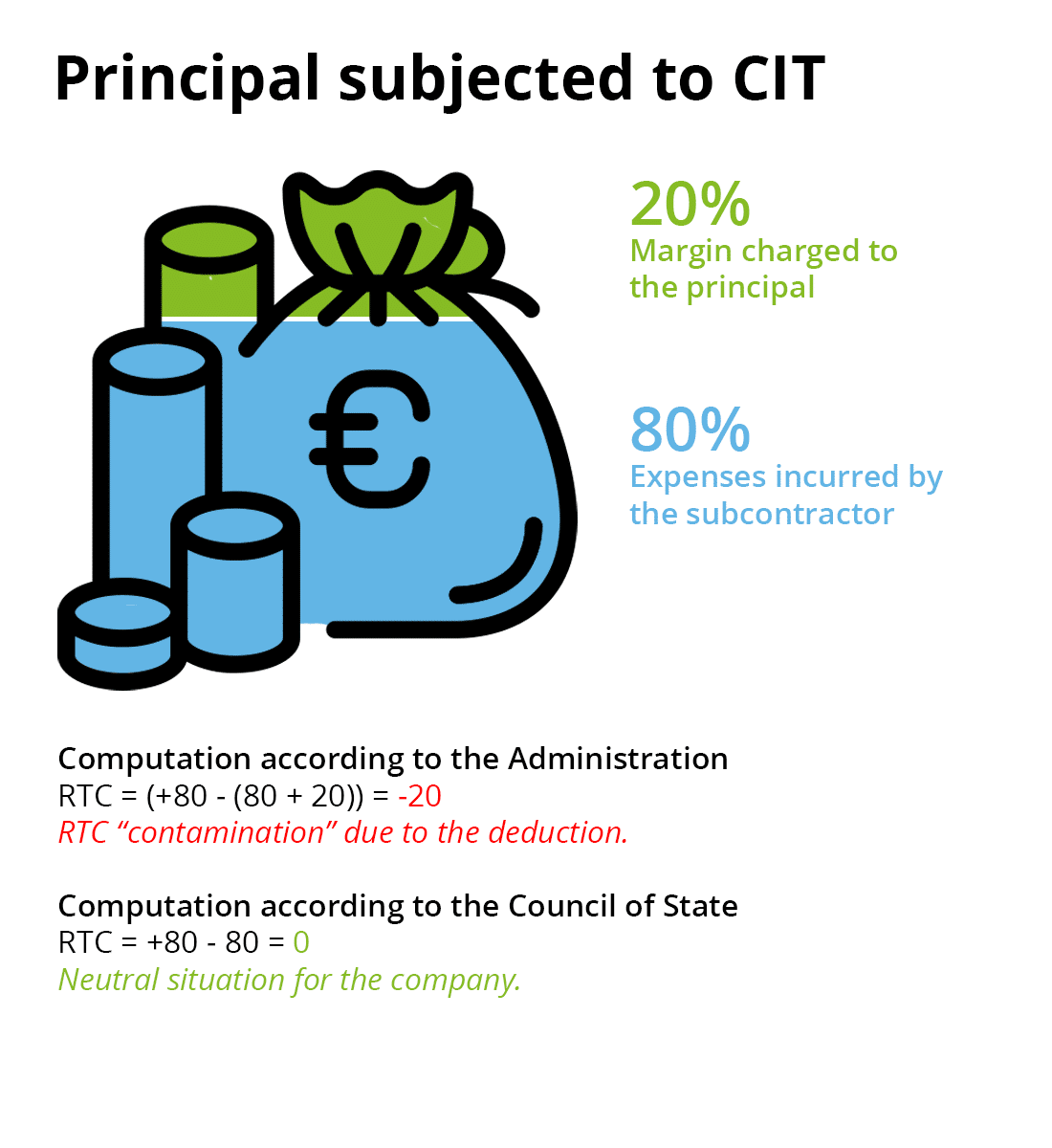 Since its 2014 BOFiP (BOI-BIC-RICI-10-10-20-30, 220, in their drafting dated April 4, 2014 – unchanged to date), the Administration takes a position in favor of the second method known as “global method” : private accredited research organizations must include in the base of their RTC the total amount of expenses related to eligible work (including for principals subject to the corporate income tax), and then deduct from the same RTC base the sums collected from clients as a counterpart to this work.

Following this method imposes on the accredited subcontractor a potentially disadvantageous reprocessing mechanism, going beyond the simple neutralization desired by the legislator. For example, if an accredited provider exposes 100 of R&D works for a project A that is fully charged to the client for an amount of 120. The method proposed by the administration leads the subcontractor to retain in the base of its RTC a “net” amount of -20 (100 – 120). This amount would generate a negative RTC, coming to “contaminate” (reduce) due to competition the amount of the RTC which the provider can otherwise benefit from on other proper research projects or linked to service provided for principals which are not subjected to CIT.

Takima has requested the annulment of the administrative comments, in a claim for excess of power, on the ground that they are imposing this interpretation of the neutralization mechanism.

The Council of State settles against the Administration, considering that this interpretation and the example of administrative doctrine add to the law, and cancels the administrative comments.

The text only prohibits subcontractors from including in their RTC base the expenses exposed to carry out research operations on behalf of third parties (submitted to the corporate income tax in France). These same provisions cannot ” be read as requiring these research organizations to deduct from the base of their tax credit the fraction of the amounts charged to clients for research operations on behalf of the latter that would exceed the amount of eligible research expenses related to these same transactions. »

This judgment ends the debate that has been going on for a few years and the administrative position of overspending on Article 34 of the constitution, which states that tax is the responsibility of Parliament. However, the administrative interpretation was, de facto, the creation of a negative RTC, that is, a tax, which is clearly not within its jurisdiction.

The Future of Transfer Pricing – Focus on France

The Research Tax Credit (‘RTC’) 2020 Guide has just been released … could it be that the Ministry of research have a short memory?

Jean-Charles is part of the Research & Development service line (GI3). After having assisted large international groups regarding various tax issues (M&A, Supply Chain, or operational tax), he has been […]

Graduated from a top French business school with Corporate Finance majors, he decided to join Deloitte Société d’Avocats’s R&D Team to improve his comprehension of the Research Tax Credit system but […]